As you have probably noticed, The Brick Bucket has not been particularly active recently. All of us have been quite busy and only have minimal amounts of time in which to write (in fact, I'm typing this post in my girlfriend's car while I'm waiting for her to finish her cello lesson). But fear not, we're still here and the posts will keep coming, as frequently as we can cook them up.

Today's fare is a brilliant microscale build by John Klapheke (BrickBuilder7622). The builder says it's a "pseudo-Frank Lloyd Wright-style" build inspired by an iOS app and a fellow architectural builder. There are also some Japanese additions such as the cherry tree, rock garden, and gazebo. I think the overall effect is quite nice: 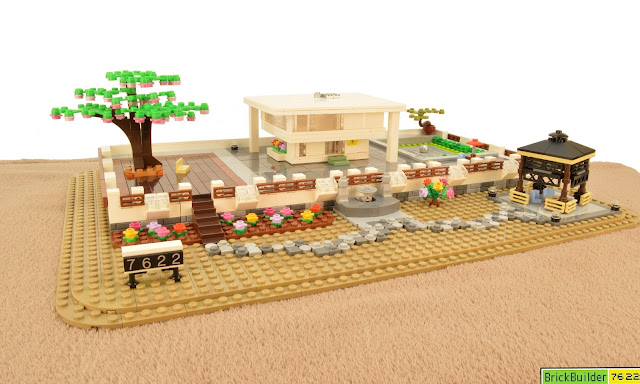 Thanks for sticking with us, Bucketheads - hope to see you again soon!
Posted by Tate at 5:38 PM No comments: