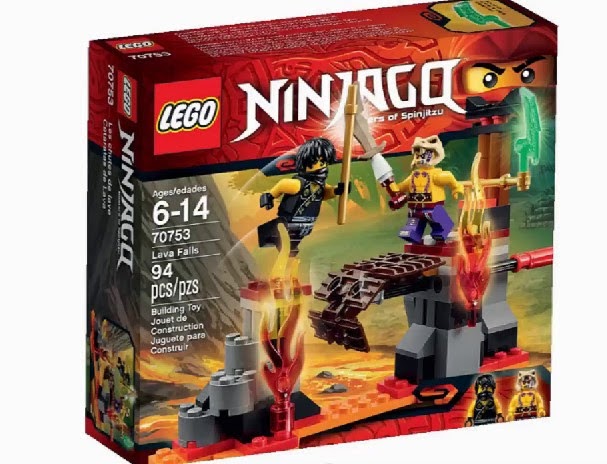 Verdict: Great pieces, great minifigures, a great play feature, and the whole product just looks good. Plus, there's the fantastic price-to-parts ratio - I seriously can't think of another set where you can get 94 pieces for 8 bucks, especially not a set this good. Save for the two very minor flaws I discuss in the review, I couldn't have asked for anything more.


Ninjago's back again! There have been quite a few times over the years when I thought the theme was ending, but it's had wave after wave and has been confirmed to last into at least 2016. I'm happy with that because I'm a fan of Ninjago - the combination of ninjas with sci-fi technology, weird villains, and a very interesting storyline makes for a good theme. The March 2015 wave of sets brings some interesting new minifigures and pieces into the LEGO universe that I'd like to start examining in this review.

So. Lava Falls. The second-smallest set of the wave, at just eight bucks, which I thought was excellent considering it includes 94 pieces. There have been sets with far fewer pieces priced at 10 or even 13 dollars, so that alone is a good reason to buy this set. But even if the price were higher, this would still be a really nice set to get, as I'll explain... 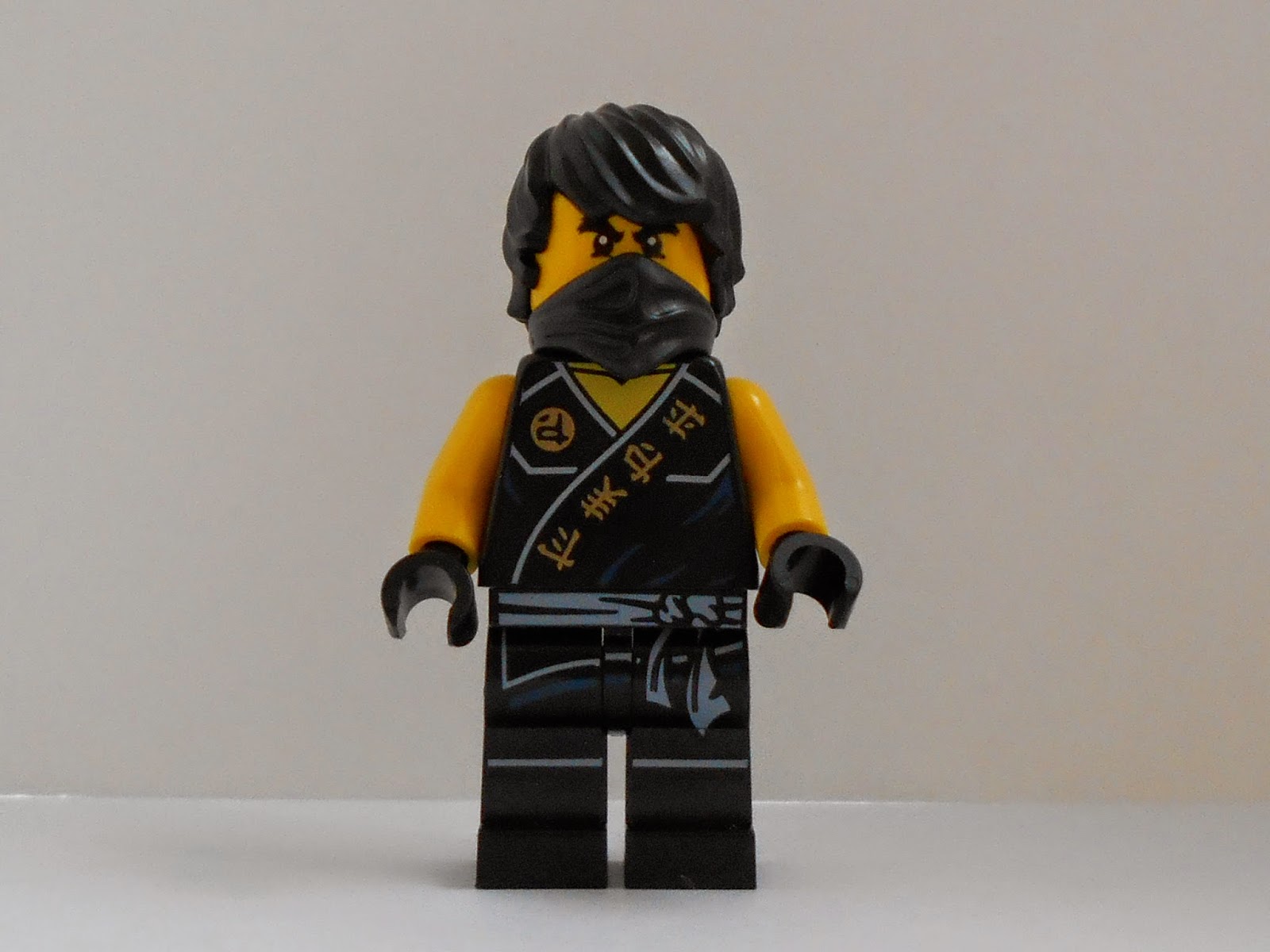 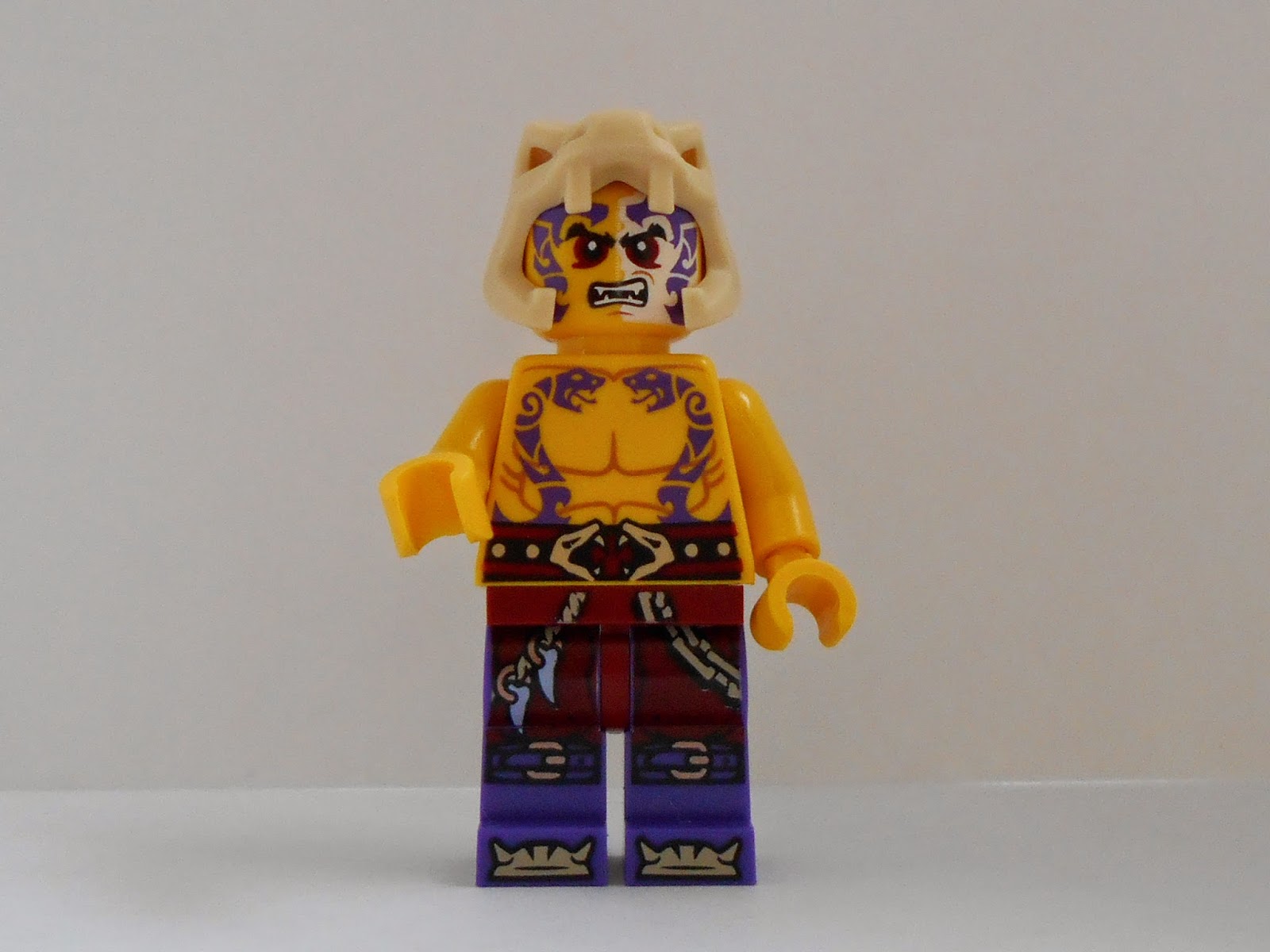 First, the minifigures. Cole, comes in his Tournament of Elements suit, which is exclusive to this set. The printing on his torso and legs is great; his hair piece is not new but is only in one other Ninjago set, while the black face wrap (part #15619) is my favorite piece on this fig from a builder's perspective - it should help make some nice minifigs in my future MOCs. My set had an extra one included, which was a nice bonus.


The Anacondrai cultist, Sleven, comes in two other sets and therefore isn't particularly hard to get, but he is a very well-done minifigure. His most interesting piece in my opinion is the new snake-skull headwear, which comes in every March 2015 Ninjago set (and nowhere else). The piece is rubbery and attaches to the head pretty well, and it looks really good on the minifig. In fact, the whole minifig looks good despite having such a varied color palette. The LEGO designers did a good job with this one. 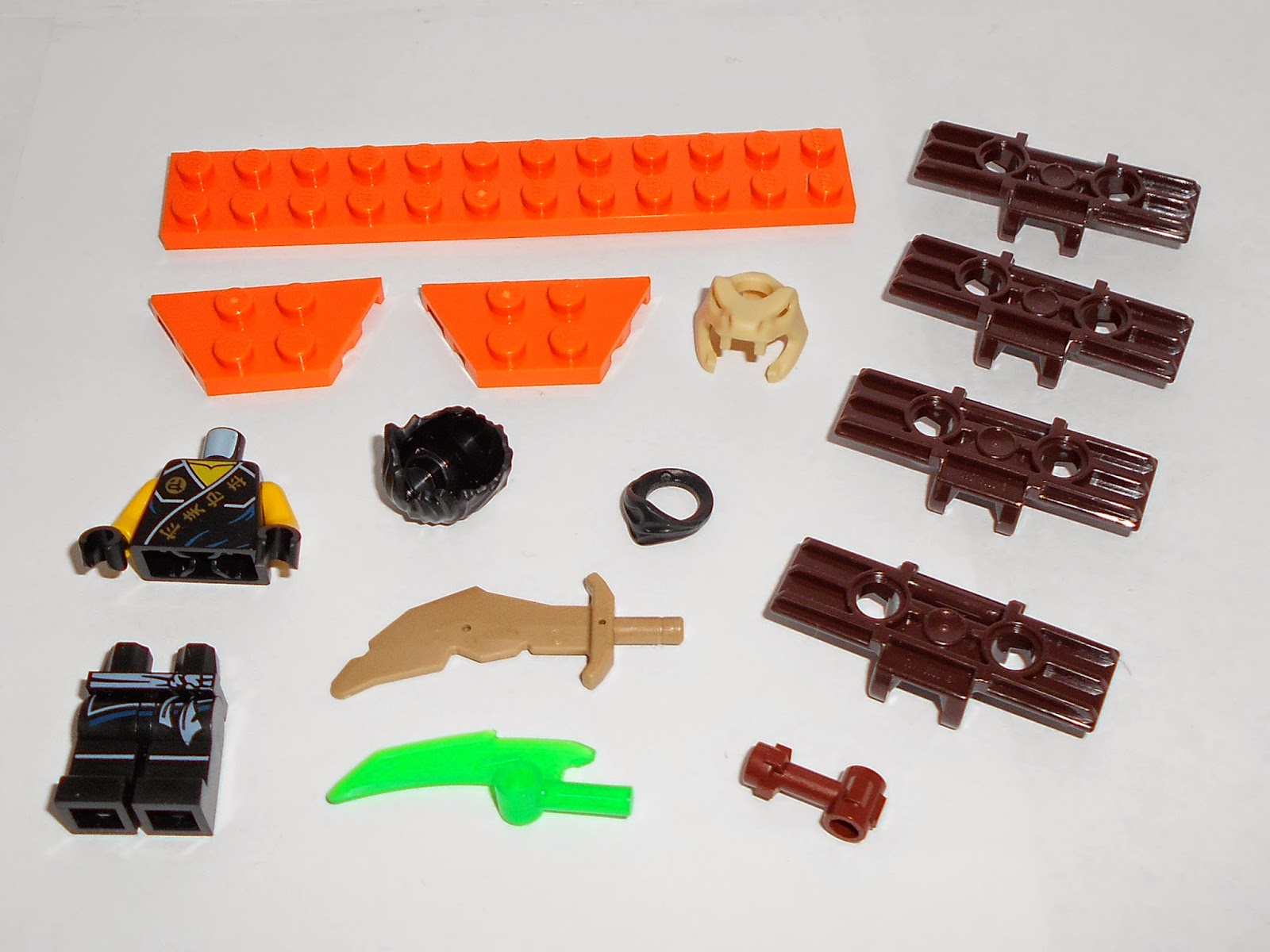 Pieces
At right is an image of some of the more interesting pieces - recolors, rare and new elements, etc. - included in the set. There are a lot of orange plates, and the largest - a 2x12 (part #2445) - is only in two other more expensive City sets. I thought the 2x4 wedge plate (part #51739) would be really rare as well, but actually it comes in seven other sets. The two included here are still nice though.

Some of the more interesting parts in this set are the weapons. I hate the way Sleven's sword is constructed - it looks way out of proportion with the minifig - but some of its constituent parts are nice, for example the handle (part #92690 in brown) and the new dark-tan color of "big dented sword" (part #60752), a nice color for that piece. The set also includes one of the new "Jade Blades" (part #18950). I'm not sure I like the design of this part all that much but I can't complain about having one; probably it'll sneak its way into one of my MOCs eventually... 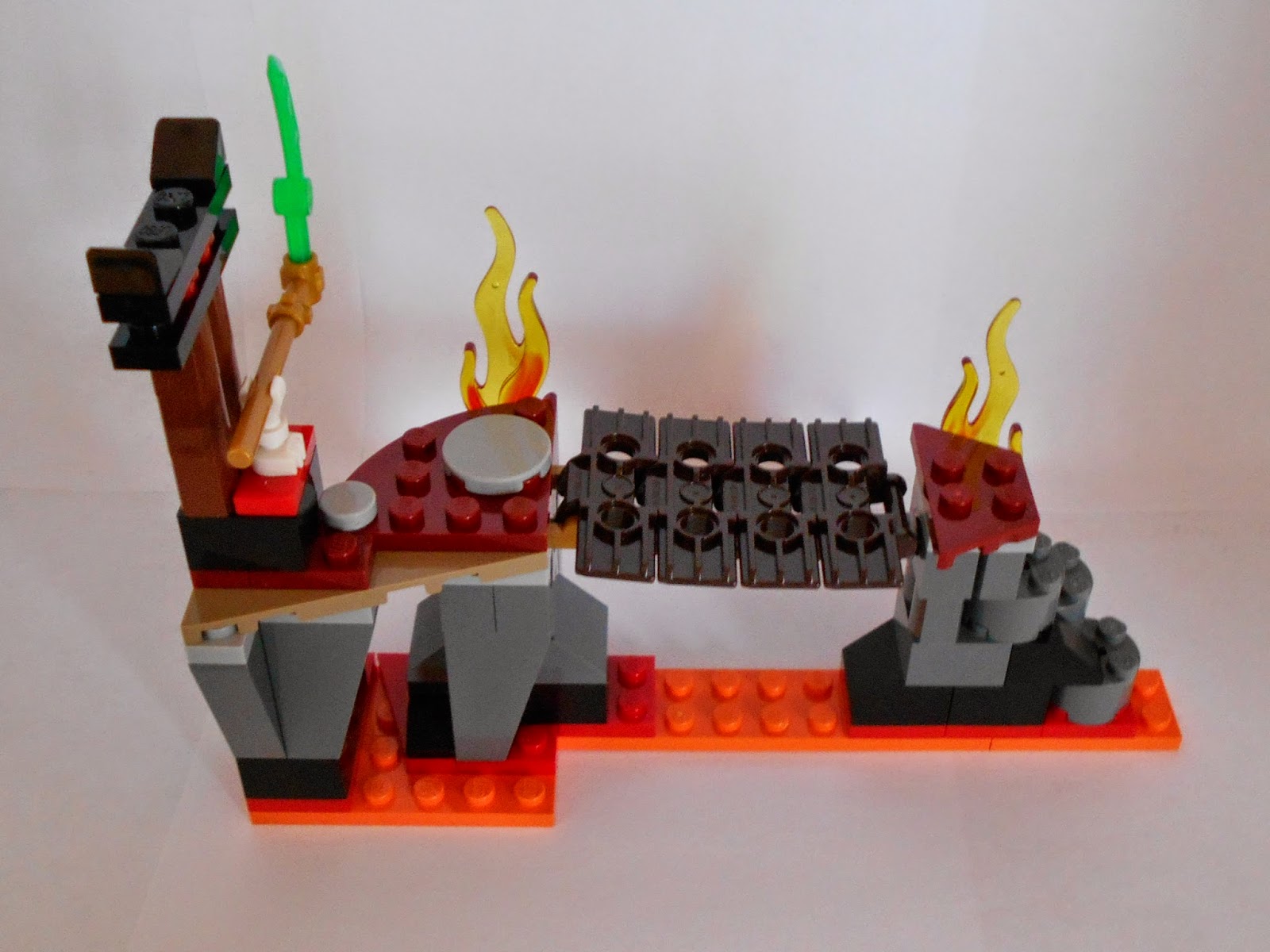 As always I have to dicuss flaws, but fortunately Lava Falls has very few of those. I already mentioned one: the design of Sleven's weapon. My only other real complaint is with the way the Jade Blade is attached to the main model. The designer chose to use a precariously-connected skeleton leg (part #6266). When I noticed this in the catalog I thought, "no!" Alas, the skeleton leg does indeed snap off of its jumper plate every time you try to pry the Jade Blade from its grasp. I don't understand why a simple 1x1 clip couldn't have been used instead.

Overall, just a fantastic set. I can't stress enough how thrilled I am with what you get for the money you pay. I highly recommend Lava Falls.

How's that recommendation for our first-ever review?
Posted by Tate at 5:44 PM